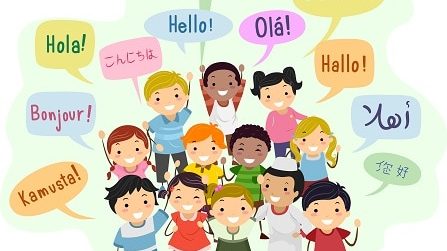 BACK TO SCHOOL, LET’S TEACH LANGUAGES!!

Good luck to all of you starting back at school this month and next. We hope you have had a very restful and energising summer break, and are even more ready than ever for some language action! We wish you and your pupils a lovely school year, full of fun language teaching and learning.

This month will see some exciting new resources developed specifically for Secondary colleagues uploaded onto our PowerLanguage Schools website. Watch this space!

A reminder that we are running our annual Conference in Edinburgh on Tuesday 24 September 2019. Anyone who would like to share best practice, or who might be interested in finding out how colleagues are using our resources and what is in the PowerLanguage pipeline for 2019-2020, is welcome to attend. Only a few places are available! Please email Ros on info@powerlanguage.net to register.

Our L3 online language courses continue to be popular with many Local Authorities so do get in touch if you would like to try one with your class!

NEW this year: all participants to an LFEE Europe Immersion Course will get access to one of our online courses for Teachers. Further information on request.

The following Planners have recently been added to the website (availability depends on your subscription):

Throughout the summer, we have continued the revamp of our existing Responsive Resources, with a range of new animations and illustrations, hyperlinks within our PowerPoints to facilitate navigation, as well as additional teachers notes, which present all resources within a dossier, with ideas for activities. We have also added Reading and Writing activities to cater for Second Level where appropriate.

Some useful Responsive Resources for the August to October period:

This could be a time to explore foods in other countries and compare with British food.

Why not have a special assembly, with songs, cultural quizzes, special foods, PE games and fun activities?

For further information on any of our news items, please visit our website: